Kensington Oval re-opens as Barbados gears up for World Cup.

February 23, 2007
Excitement and anticipation filled the air as Bajans made their way to Kensington Oval on Feb. 17th for the official re-opening of the ground ahead of the World Cup of cricket.

Many chose the 'Park and Ride' option offered by the public transport service while others drove as close as they could to the Oval and completed the journey on foot. The event featured an exhibition match with a West Indies XI taking on an international team led by former English great Alec Stewart and including Waqar Younis, Devon Malcolm, and the Flower brothers.

While the day featured musical performances by top local artistes, the real stars of the day were the West Indies greats and Kensington itself.

Animated chatter filled the new stands as fans admired the new ground and reminisced about the 'good old days' of West Indies cricket. The exploits of Sir Viv, Ambrose and Walsh, Greenidge and Haynes and even the much criticized Richie Richardson were fondly recalled as these players took the field. Many remembered the fierce on-field battles of Sir Viv and Devon Malcolm, others spoke of the 200+ run partnership of Greenidge and Haynes. Older members of the crowd recalled the WI teams that lifted the first two World Cups and reminded us younger ones of the exploits of the teams of the 60's.

Indeed history was all around in a venue that, at least physically, was very new indeed.

Those who were concerned that a revamped Kensington Oval would lose it's character need not worry. Yes the Greenidge & Haynes stand moved from east to west, the media centre was renamed and the 3W's Stand expanded. True the Kensington Stand may be gone in name, but never in memory.

It was a day of nostalgia - a standing ovation to national hero Sir Gary Sobers, saluting Wes Hall, Charlie Griffith and many others, and singing with The Merrymen. But it was also a day for looking forward to a brighter future for West Indies cricket.

Sitting in my new seat in a just completed stand admiring a fresh pitch and outfield I imagined the West Indies winning the World Cup right here on April 28th and in the midst of the memories of the past the idea seemed very possible indeed.

From the looks on other fans faces I think some were thinking the very same thing.

Tomorrow - photos and video from the re-opening.

Popular posts from this blog

Escape To The Crane, Barbados 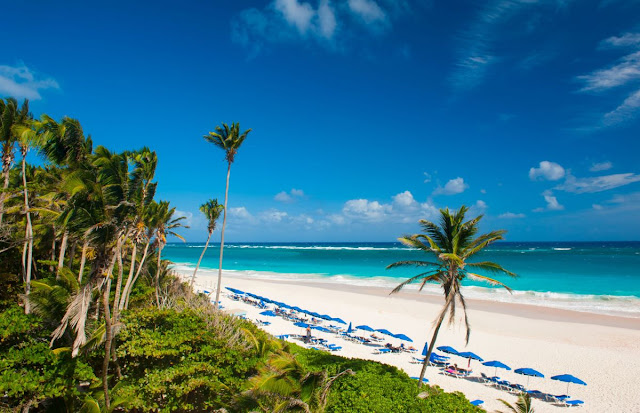 Experience the ultimate beach vacation and soak up the Caribbean sunshine of one of Barbados' best beaches when you escape to The Crane . Relax on a lounger , with refreshing coconut drink in hand, as the invigorating tradewinds sway the palms lining the beach. Enjoy the soothing sound of the waves washing onto sandy pink-tinged shores . The clear turquoise waters invite you in for a swim , or to boogie board on the foamy waves. Although not encouraged, adventurous souls do like cliff jumping into the ocean from a natural platform reached by following a path along the cliff face.  For the more adventurous it is a thrill, they enjoy the freedom and sense of escape of letting go and being carefree. But you dont have to jump to feel that sense of abandonment and escape. You can just relax on the beach, float in the water or ride the waves to enjoy that sense of liberation, freedom and joy of being close to nature and away for the bustle of daily duty. This cliffside
Read more

Crop Over in Barbados 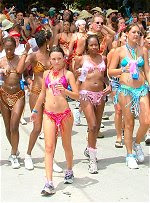 Around this time of year the thoughts of Barbadians, both at home and around the world, turn with much anticipation to Crop Over, the annual Barbados summer festival that consumes the hearts of all Bajans. We long to start hearing the pulsing soca rhythms on the radio and the biting social commentary with its witty - and often controversial - lyrics. Mouths water at the thought of a 'pork lime' complete with barbecue pig tails and roasted pork. Ah yes.. Crop Over is nearly here! Some years ago Crop Over didn't really start until July but these days the earlier the better! Starting in May the National Cultural Foundation takes some of Barbados' most popular soca performers and calypsonians to communities across the island to wet the appetite for another great Crop Over season! Soon the calypso tents will have their opening nights... a chance to start picking your favourite tunes and artistes; then the art and craft exhibitions will start and the remarkable work of
Read more 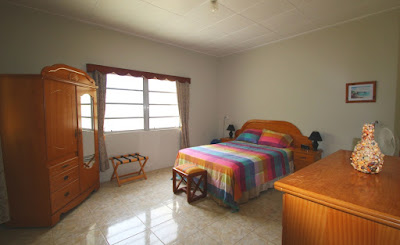 Barbados vacation apartments are a fantastic alternative to the traditional hotel stay, especially if you're travelling with the family. These apartments are typically more spacious that hotel rooms, with separate living and dining areas, and usually some outdoor living space as well. You'll also enjoy greater privacy than when staying in a hotel. The St. Lawrence Gap area of Barbados is a favourite with many visitors. This section of the south coast is party-central on the island with lots of bars and nightclubs. The Gap, as it is affectionately known, is also home to many wonderful restaurants offering up local dishes along with international cuisine from Italy, Thailand, Mexico and more! Spend your days soaking up the rays on one of the Gap's beaches, snorkeling and swimming with sea turtles, jetskiing or kayaking, or enjoying a drink with the locals. Desgerdaph Barbados Vacation Apartments  are located at the quieter end of the Gap, just a short stroll from 3 beaches. C
Read more